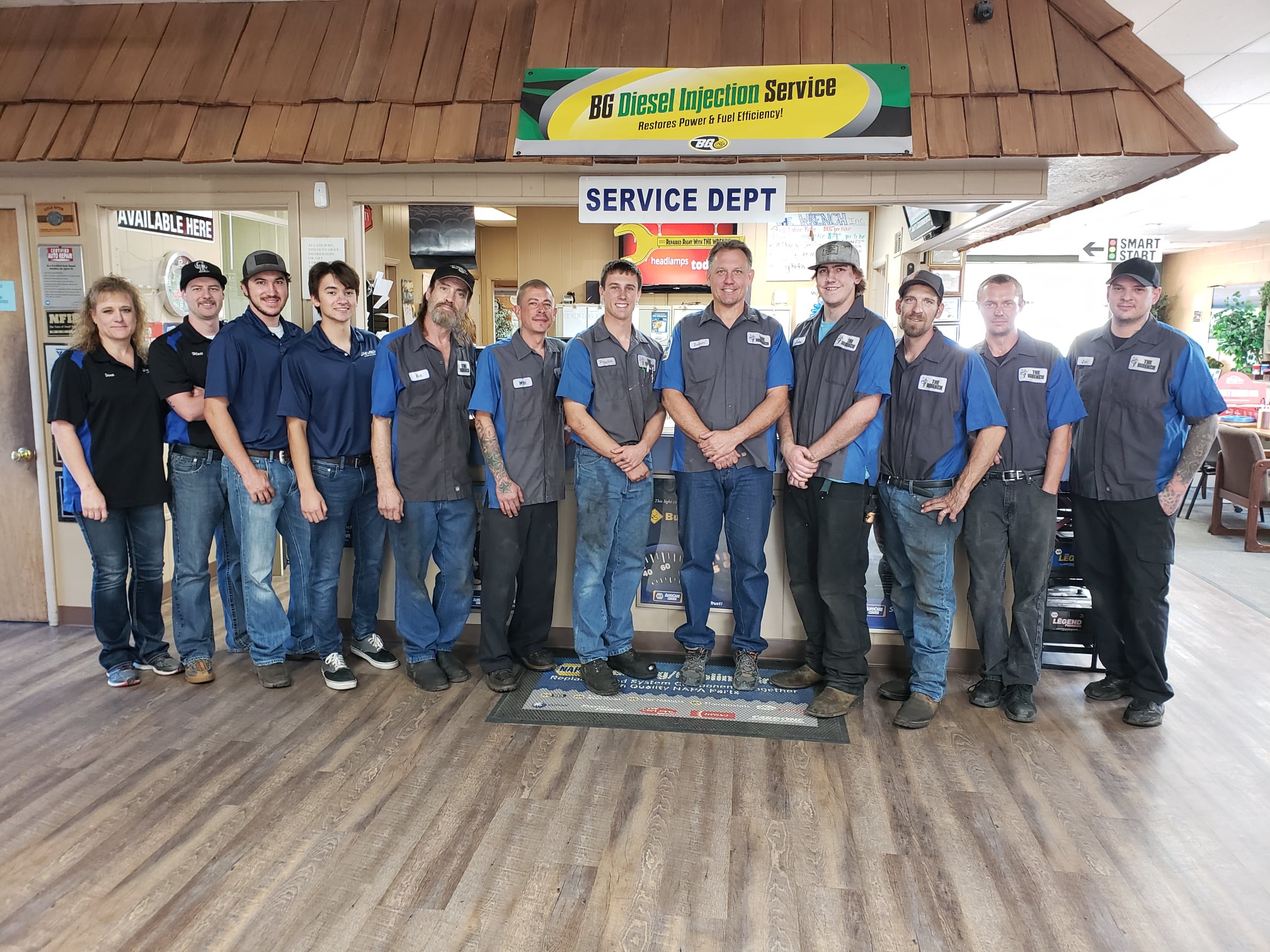 Darren Sharp, owner, and founder of The Wrench has had a passion for repairing mechanical equipment since he was a kid working on his parent’s oil field and farm in the early ’80s. His formative years were spent learning with his hands and fixing any kind of machine he could get his hands on. In 1996, this life-long passion and skill developed into a career as he followed his heart into the automotive industry. Over the next decade, he honed his skills working in various independent repair shops in the Greeley area.

In March of 2005, Darren made the decision to begin working for himself and full-time out of his garage in Kersey. Within six months, Darren’s hard work, skill, and honest down-to-earth customer service and reliability had earned him enough of a reputation and customer base that he outgrew the home shop and made the decision to rent a small 4 bay shop in Greeley. As business and his reputation for quality service grew, so did his need to bring in some help, so that same year he hired his first employee.

The business continued to thrive so much that by 2007 when the adjoining 8 bay shop became available Darren seized the opportunity to grow his little business in this new space. Over the next four years, he hired several more trustworthy mechanics to help with the growing workload.

By 2011 it had become clear to Darren and his team that their superior service at affordable rates was just what Greeley needed as evidenced by the fact that their incoming business had outgrown the current shop. This prompted them to start the search for a new, more convenient location where they could expand their services. By September of 2011, they had found the place, formerly a furniture store, located at 6005 10th Street in Greeley. Between September and December of 2011, the team worked tirelessly at converting the new, much larger location, into a state-of-the-art full-service truck and auto repair facility, while still taking world-class care of their customers at the old location.

They officially moved the everyday business of The Wrench to their new location on December 1, 2011, and are very happy to be able to enjoy repairing more vehicles and helping more satisfied customers every day. Darren attributes so much of The Wrench’s success to his incredible teammates who have tirelessly stood by him and their loyal customers who have faithfully returned time after time to The Wrench for their auto repair needs.

At The Wrench, “We love fixing things”

Darren is the owner and operator of the The Wrench. Not only does he run the show, but he is also an ASE Certified Master Auto Technician and husband and father of two, a son and a daughter. In his free time he loves fixing things and enjoys any kind of outdoor activity, especially dirt bike racing, snowboarding, boating, wake boarding, and camping.

Matt is one of our longest running employees at 12 years now. He takes a lot of pride in his work as The Wrench has become a 2nd home to him where he has grown many great relationships. Matt and his wife Brittany have 2 boys Hunter and Stetson. On the weekends they are usually chasing Hunter around on 2 wheels whether its BMX or dirt bikes.

Brayden is our Suspension & Alignment Specialist. He is an avid motocross and supercross rider. He loves water sports, motorcycles & ATVs.

Alec is our youngest team member who has been with us for 4 years now. Alec wears many hats as he is one of our Service Writers, Smart Start Adviser and Penske rental truck advisor. When is not at work you can guarantee he is upgrading parts on his Mazda rotary.

Chuck is our newest team member with over 26 years of in shop automotive experience. Chuck is our diagnostic guru and never shy's away from a challenge or repair. He plays many roles and also serves as our front end steering/suspension and alignment specialist. Chuck has a wife and daughter who he enjoys side by siding with and shooting guns competitively.